On the occasion of the 40th National Exhibition of the White Truffle of San Miniato San Miniato to the museum system in collaboration with the San Miniato Promotion organizes a series of eight missed appointments in the greedy matching food and art. They are eight themed guided tours to explore the palaces, churches and museums guardians of the ancient history of the city.

The tours will conclude with a tasting of typical local products made in conjunction with the route.

Guided tours every Saturday and Sunday throughout the month of November, starting at 16 Loretino Oratory of being victims of the Duomo, 6, at the Town Hall and at a price of EUR 10 per person. Complimentary ticket Entrance to all the exhibition grounds of the Museum System valid for the month of November.

THE PAINTER DOMENICO Bamberini ANTON
The itinerary focuses on the figure of the painter Bamberini, the undisputed author of Baroque transformation of the largest churches in the city. The route begins with a visit to the Shrine of SS.Crocifisso, the Cathedral and the Chapel of the Bishop's Palace ends in the Dominican Church of Saints James and Lucia. This will be followed in the town library a tribute to Mario Luzi. 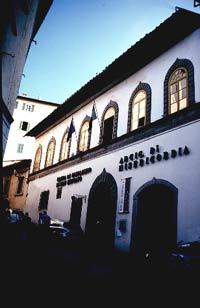 Historic buildings
The residences of three noble families of San Miniato open their doors to visitors for a journey to discover the treasures that lie beyond the austere facades sixteenth.

The route begins from the Palace which was the powerful Ugolino Grifoni; Formichini Palace, former residence of Buonaparte and Moral, the arch at the Museum of Mercy set up the first floor of Palazzo Roffey.

San Miniato IMPERIAL
San Miniato was elevated in 962 by Emperor Otto I to house the vicar. In the area corresponding to the Piazza del Duomo was built a castle in which resided the imperial vicar, and, on several occasions, the same emperor. The tour includes a description of buildings including the power once inside the castle walls: the Cathedral, the Palazzo dei Vicari and Bishop's Palace. The exhibition continues with the ascent to the lawn in front of the Torre di Federico II. 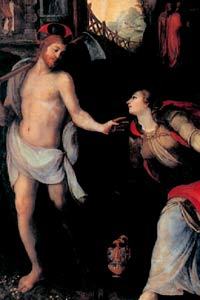 Ludovico Cardi Il Cigoli
The course is entirely devoted to one of the greatest artists from Tuscany, Lodovico Cardi (1559-1613), known as Il Cigoli.
The tour begins at the Diocesan Museum of Sacred Art which are preserved in several paintings of the artist and some of his students and continues with a visit to the Conservatory of Santa Chiara, the guardian of the young painter's masterpiece, the Noli Me Tangere. 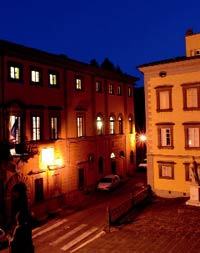 THE CONQUEST OF FIORENTINI
The tour winds through the ancient environments representative of the Town Hall: the Oratory
Loretino once the private chapel of the Twelve Defenders of the People, the old assembly room entirely
decorated with the emblems of the Florentine vicars and the eighteenth-century hall on the first floor, now used as a boardroom. 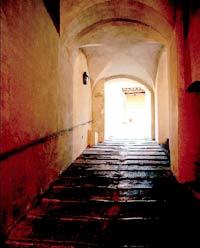 Monastery of the Dominicans
The Dominican Fathers settled in San Miniato in the fourteenth century and obtained permission to build a convent next to the existing church of St. James and Lucia. The church was enlarged and decorated by the Dominicans until the eighteenth century, is a veritable treasure trove of art treasures. The guided tour includes also the entrance to the three chapels below the church overlooking the Via Angelica, decorated with precious paintings from medieval times.

NAPOLEON BONAPARTE
The route starts from the Cathedral in which there is the monument to Jacopo Buonaparte, built with funding from Napoleon III. It continues with a visit to Piazza Bonaparte onto which the Oratorio di San Rocco and the buildings of residence of the family. In one of these, in June 1796, Napoleon stayed. The path ends at the entrance of the Academy Euteleti which houses the famous funerary mask of the Emperor. 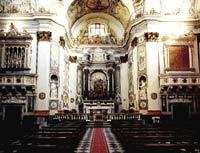 WONDERS OF ART BAROQUE
Following his elevation to the seat of the Diocese of San Miniato in 1622 experienced a moment of great artistic vitality that led to the renewal of most of the interiors of churches and the construction of new buildings like the Palace of the Seminar and the Sanctuary of SS.Crocifisso a treasure trove of baroque art of the most beautiful in Tuscany. The course also includes visit the Cathedral which houses valuable works of art in the seventeenth and eighteenth centuries.

The tours begin at 16 Loretino Oratory of being victims of the Duomo, 6, at the Town Hall.