Peccioli is renewed with impressive and elegant art proposals, the photo gallery

ACADEMY OF FINE ARTS OF CARRARA
DIVINE WASTE FROM THE LANDFILLS OF CONTEMPORARY SOCIETY
The common denominator between the institutions is given by the size of the tables and the desire to freely reinterpret the Doré tables with the most varied processing scraps (plastics, fabrics, leathers, buttons, packaging, hinges, ropes, etc ...) which allowed the students of the Academies to generate new works, allowing them to have a unique and unrepeatable didactic experience.

The students' approach to interpreting Doré's works, also in relief, has brought out a sort of dichotomy, an expressiveness that the new generations have with respect to historical work and contemporary materials that embrace a great transversality of concepts, desecration, irony, pop ...

The difficult balance was to make the underlying "graphic matrix" of the Doré, still recognizable even if developed in matter
heterogeneous. This plastic assembly technique is similar to the art of mosaic, in which the point of perception of the work changes in relation to the distance from the viewer's point of view: up close it denotes a matena and gives the sense of "chaotic" of the indefinable, of accumulation;
one moves away and the image begins to take shape, the materials "combine" and take on different aspects of the material of which they are formed; even more distant and you have the full perception of the image, their volumes, the depths of the planes of vision and the lights, the figures are determined in their primary setting of the story (by Doré) and at the same time there is a new three-dimensional image.

A further contribution was the bet to reinterpret Dante Alighieri's head with refusals. That of Carrara is deliberately characterized with a territorial identity, mostly using marble waste. The marble flake used as a tile in the predominant plain. with uteriori scraps and whitish corporate waste.

The rebirth of men and materials

"Milan, it is raining heavily, an unexpected meeting that is not calculated, but sanctioned by the passion for art. A love that unites two worlds. Scart is its name. On the one hand, disused materials, rejects that are reinvented and on the other people. lost or mislaid who come back to believe in their future.Here are born free and expressive stories through an artistic journey that passes through the great story of Dante.

Interpretations of busts of the great poet are born with a contemporary vision, made of concern for the future of the planet and of the human being himself who has forgotten the beauty of being man.

Three splendid artistic interpretations that tell stories of life and have a bivalent reading, like the contradictions of life itself. From purgatory to paradise, re-reading history and the present with awareness and hope. As a future wish for our own unique and magnificent life ". 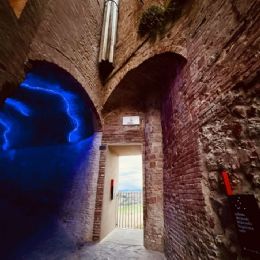 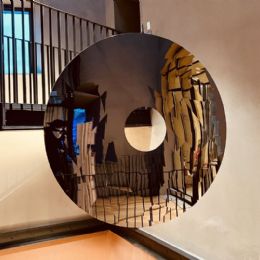 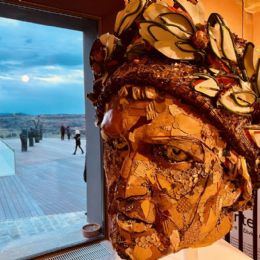 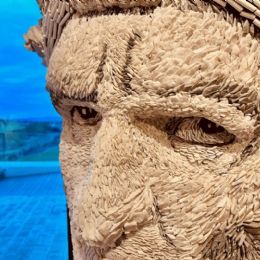 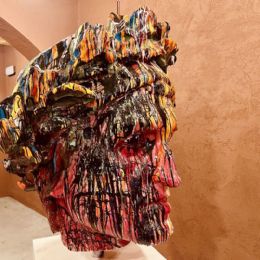 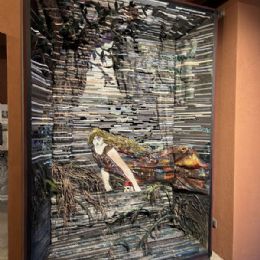 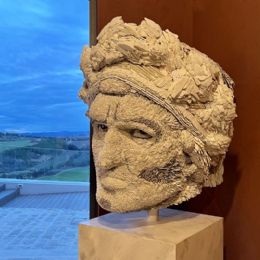 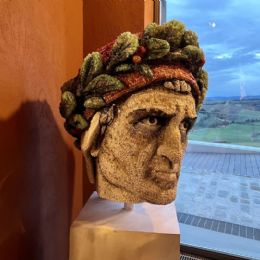 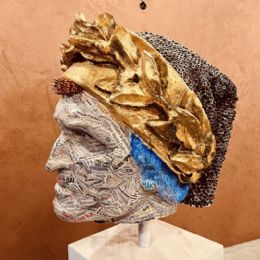 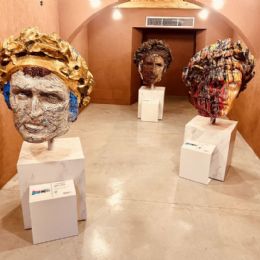 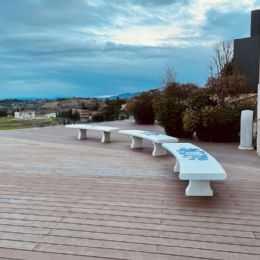 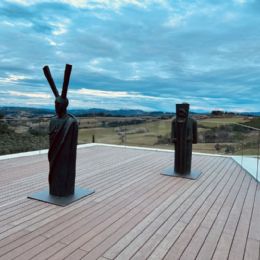 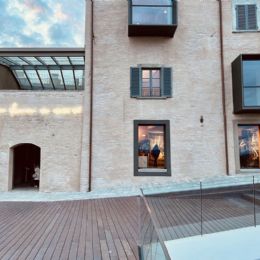 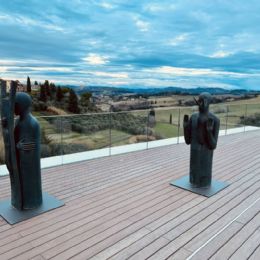 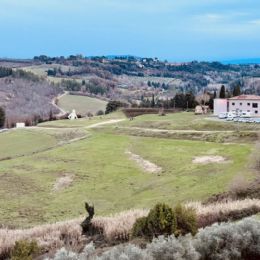 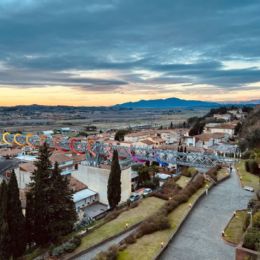 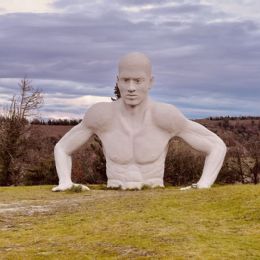